Ready to sweat it out? F45 Playoffs, the world's most innovative and challenging new fitness test, was designed by the leading functional training network: F45. Ingenuity was tasked to develop a mobile app for F45 users so they could prepare or do tests at home for the F45 Playoffs.

F45 Playoffs mobile app was developed using Titanium/Alloy which is a Hybrid framework that helps us deploy on both iOS and Android by just using one code base. The backend of the app during the development and production is Parse.com API, a MBaaS(Mobile Backend as a Service) then when it was being developed and deployed. 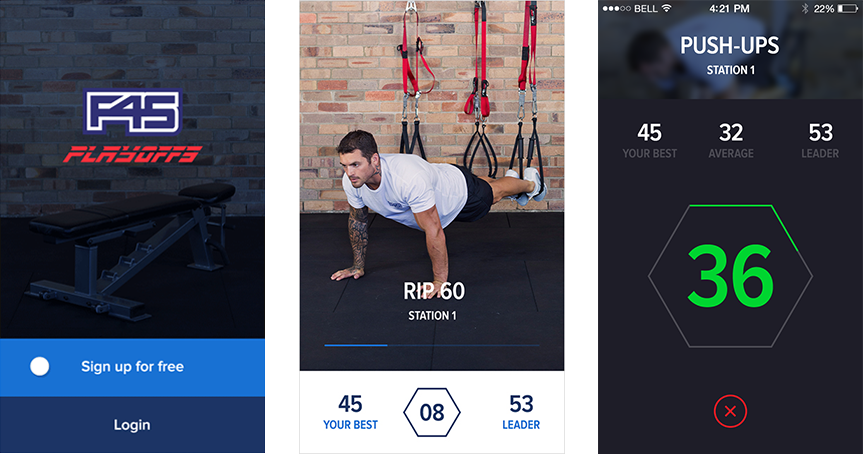 Also the proprietary algorithm for scoring the tests is integrated on the Parse.com API. The Titanium mobile app has a timer feature rather than using the Javascript Timer for the Titanium app we utilized the timely module to replicate a Native timer module to have an accurate time that is being used on the exercises on the app.

The mobile app also has an Apple Watch App; On the Watch App, the timer is synched per station and users can input the number of reps per station via the Apple watch and will be synched with the phone app.

The team worked with Titanium to satisfy the technical needs of this project. Because the Hybrid framework's API is very limited, the team had to be resourceful and do a lot of research. After the product was deployed, the team can now handle Titanium with more ease.

What is the Project About

F45 Playoffs mobile app is an iOS and Android mobile application that allows F45 members to have time to prepare for the F45 Playoffs or do tests at home. This innovative tests which will become the benchmark for fitness testing globally includes the following exercises: Rowing, Bench Hops, TRX Pushup + Knee Tuck, Lateral hops, Box Jump + Burpee, Chin Up, Squat + Press, Russian Twist, Deadball Over the Shoulder Throw and Sprint + Lateral Hop.

For scoring the tests, a proprietary algorithm has been developed that rates the value of one repetition/station. Each repetition within the station has a different value based on the degree of difficulty for that movement. For example, a Box Jump + Burpee derives a higher point value per repetition than a lateral hop. 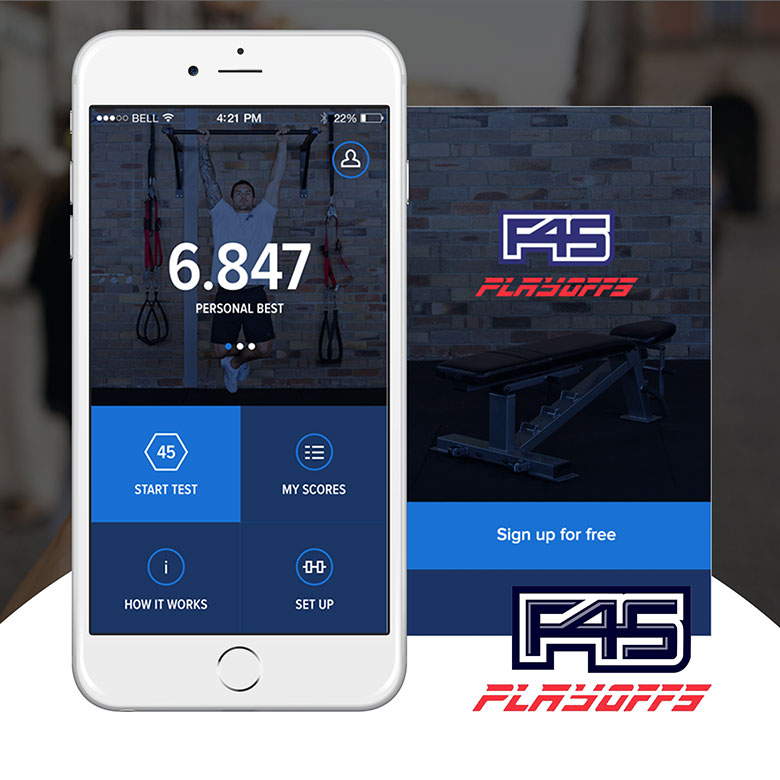 F45 requested Ingenuity to build an iOS and Android mobile application to help F45 members prepare for the F45 Playoffs and do F45’s innovative tests at home.

Using the app the members will be able to keep track of their scores, based on the proprietary algorithm of F45, and prepare or improve further to be able to have a greater chance of competing on the F45 Playoffs or just simply improve one's overall fitness.

A News App for a Japanese Company

Read the story of Amber